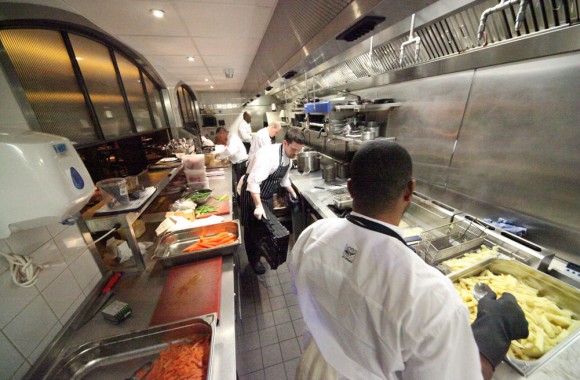 The second restaurant in the group, Hawksmoor features a 128-seat restaurant, 50-cover cocktail bar and a 14-seat private dining room.

The vaulted brick ceiling is supported with Victorian cast iron columns. Tiles were sourced from London Underground restoration suppliers and reclaimed parquet and oak panelling were used for the walls and floors. 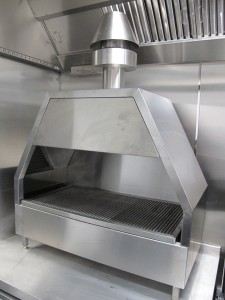 Head Chef Richard Turner was delighted to work with Hansens: “They say what they do, and do what they say!”

Turner worked with Hansens  on the kitchen design, which includes a customer-facing cookline, with prep and storage areas tucked away behind the cookline wall.

“I appreciated Hansens ‘vision’ for the kitchen,” says Turner. “It was finished on time, which is as it should be. My previous experiences with other kitchen contractors – prior to Hansens – was unsatisfactory.

“That was shocking. You get what you pay for with Hansens; they are on time, efficient and good.”
www.thehawksmoor.co.uk 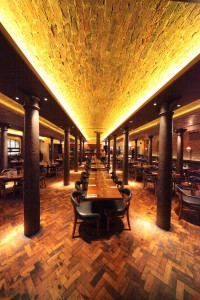 The star of the show is Hawksmoor’s Josper charcoal oven from Jestic, providing an “intense charcoal flavour”, according to Turner. “We use ours at 400 degC but they can go hotter.” The Josper is increasingly popular with chefs for its unique cooking ability. Hansens also supplied a specially designed extra-wide bespoke charcoal grill.

Adande’s two-drawer refrigerated units were chosen because they hold temperature so well; and especially when used frequently. They were supplied with partitions to hold different cuts of meat, making it very easy to keep a check on stock no matter how busy.